No Widgets found in the Sidebar Alt!

No Widgets found in the Sidebar Alt!

Paul Jones is a Cincinnati, Ohio-based singer/songwriter with a style that is very hard to define. He started in the entertainment business at the tender age of 5, playing in a family band. By the age of 15, Paul was performing in local clubs in the Cincinnati area. By age 23, he was on the road full-time as a Stand-Up Comedian, performing 38 weeks a year.

In addition to his comedy, Paul has a true talent for writing and performing music. He couldn’t get the music or the lyrics out of his head, and he didn’t want to. He had been writing and playing all his life, yet no one had really heard him. Most people live and die with their music still unplayed. They never dare to try. Paul did.

Every free moment Paul had he spent traveling to Nashville, Tennesse, and through a tremendous amount of hard work and determination, Paul’s first album, “On My Own” was produced. Paul then took this music and launched it on his website at MP3.com – www.mp3.com/seepaulzass.

In September 2000, Paul sent an email to the National Organization of Parents Of Murdered Children, Inc.. He wasn’t selling anything. He didn’t want anything. He simply asked that POMC listen to one of his songs, Remember The Child. Paul stated to us that he, “had been chasing his dream for over 10 years, and in the short time his music has been on MP3.com, he has received an amazing amount of emails from people who love his music”.

Representatives of POMC listened to that song and contacted Paul that same day. They asked if he would be willing to write a song for their organization, whose national office is also located in Cincinnati, Ohio. Paul realized that by utilizing his talents as a singer/songwriter and writing a song for POMC, he would also be helping to keep his three children; Alex, Mackenzie, and Olivia, safe. He was willing to donate 1000 copies of his tape, “On My Own” to National POMC, with them receiving 100% of the proceeds, and in addition, was willing to donate 100% of the proceeds from his MP3.com website. You can read more about why Paul got involved with POMC in an article featuring Paul on Cincinnati.com.

From that first meeting came the song,

“Lord, Give Me The Strength.”

Sue Veldkamp, Second Opinion Services Coordinator, and Webmaster of the POMC site, accompanied Paul on this trip, and together, they met Ralph Myers, Co-Leader of the San Gabriel Chapter of POMC. Ralph’s son Tom was brutally murdered in 1993. Ralph told Paul that the hardest thing he had to do was to wake his wife Francine up to tell her about their son’s murder. From that comment came “Tom’s Song“, written by Paul while still in Los Angeles.

On November 11, 2000, Paul was asked to perform his music for the National Board of Parents Of Murdered Children, Inc. at Coldstream Country Club in Cincinnati, Ohio. Paul gave the performance of his life, and afterward, the Board members endorsed his music and stated that National POMC would help send out his lyrical “message” to its over 100,000 members nationwide. Banners promoting Paul’s music now appear on the POMC national website, and all Chapter websites. In addition, Paul’s music will be promoted by Chicken Soup for the Soul with their daily email stories of support and encouragement.

When Paul met with POMC’s National Board, he was asked to write a song for their 2001 Conference to be held in Fort Worth, Texas. The theme of the Conference is “Always In Our Heart”.

“Always In Our Heart“.

On December 10, 2000, Paul and Sue have been asked to come to Maine for Paul to perform at the Maine Chapter of Parents Of Murdered Children, Inc. Annual Christmas Memorial. In addition to performing his own music, Paul has agreed to play “Silent Night”, a song that has been a tradition of the memorial service since its inception.

Click on the banner below, and simply LISTEN to Paul’s music on MP3.com. You can listen every day! Each time anyone listens, POMC will make money! Money to continue to support its various programs and services such as the Murder Is Not Entertainment (MINE)© program, their Parole Block Program (PBP)©, and their Second Opinion Services (SOS)© program. These programs help keep all of society safe!

If you like Paul’s music, please consider purchasing a copy of “On My Own”. Visit Parents Of Murdered Children, Inc.’s Online Shopping Mall at www.pomc.com/pomcstore where you can purchase a copy of Paul’s tape, with 100% of the proceeds benefitting POMC.

Neither Paul Jones nor Sue Veldkamp is “member” of Parents Of Murdered Children, Inc. Paul and Sue have not experienced the horror that murder can do to a family. But both of them have become involved in helping this vital organization because they don’t EVER want to become members. They realize that POMC provides programs and services to society that help keep ALL of us safe! They know that POMC remembers the dead as they HELP the living! Please consider helping this organization as well. Together we ALL can make a difference! 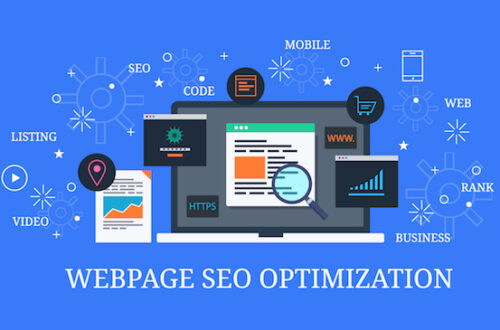 The Role of SEO in Digital Marketing

No comments to show.